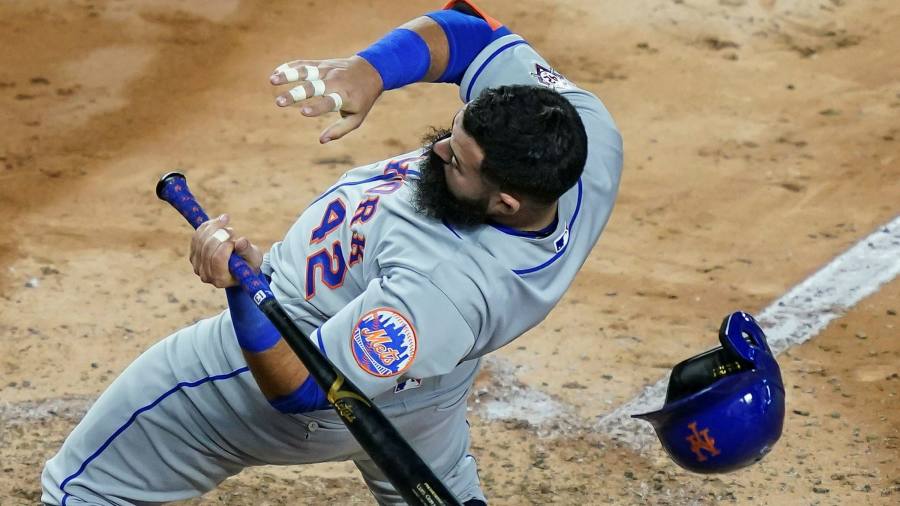 The Wilpon family, owners of the Mets for 40 years, has selected Mr Cohen’s bid over offers made by a consortium led by former athlete Alex Rodriguez and Hollywood actress Jennifer Lopez and a separate proposal from private equity billionaire investors Josh Harris and David Blitzer.

The exclusive talks with Mr Cohen do not guarantee the two sides will reach a deal, said one person. Earlier this year Mr Cohen was in advanced talks to buy the team but discussions with the Wilpon family collapsed over the structure of the transaction.

Mr Cohen, who already owns an 8 per cent stake in the Mets, earlier offered to buy about 80 per cent of the team at a valuation of $2.6bn. But the value of baseball franchises have been hit by the fallout of the coronavirus pandemic, which forced the League to stop athletes playing. It has restarted, but playing a truncated season to empty stadiums.

It is unclear how much he has offered but people briefed about the matter said that his bid was more than $2bn. Mr Cohen declined to comment.

The start of exclusive talks with Mr Cohen, first reported by CNBC, comes as Ms Lopez announced that she and her partner Mr Rodriguez were withdrawing their bid.

Scoreboard is the Financial Times’ new must-read weekly briefing on the business of sport, where you’ll find the best analysis of financial issues affecting clubs, franchises, owners, investors and media groups across the global industry. Sign up here.

“Alex and I are so disappointed!! We worked so hard the past 6 months with the dream of becoming the first minority couple and the first woman owner to buy her father’s favourite Major League Baseball team with her own hard-earned money. We still haven’t given up!!” Ms Lopez said in a tweet.

The couple, whose consortium of investors included high-frequency trading magnate Vincent Viola and Vitaminwater co-founder Mike Repole, had made an offer worth about $2.2bn, according to people briefed about the matter. The group was working with bankers at JPMorgan Chase, which was also providing binding debt commitments to support the bid.

The third group of bidders, led by Mr Harris of Apollo Global Management and Mr Blitzer of Blackstone, made an offer below $2bn. The two were positioning themselves as the financially stable and reliable bidders, having experience owning and managing sports teams, including basketball’s Philadelphia 76ers and hockey’s New Jersey Devils.

For months the auction was seen as Mr Cohen’s to lose as the hedge fund manager behind Point72 Asset Management has the deepest pockets of all bidders with an estimated wealth of around $14bn, according to Forbes.

What was weighing negatively on his bid were questions over his controversial past.

His former firm SAC Capital pleaded guilty to insider trading charges in 2013 and paid a record $1.8bn fine. Mr Cohen was never charged but he was barred for two years by regulators from taking investor money in a 2016 settlement.

Former female colleagues of Mr Cohen have made allegations of mistreatment and discrimination.

Taking over the Mets would play a huge part in reviving Mr Cohen’s reputation, while injecting much needed funds into the beleaguered baseball team.

As one financier told the FT earlier this week: “If I were a Mets fan, I’d want Steve Cohen in there to whitewash his image and spend millions of dollars.”